Nigeria and China are set to strengthen bilateral relations to tackle illegal wildlife trade in line with the Convention on International Trade in Endangered Species of Wild Fauna and Flora (CITES). 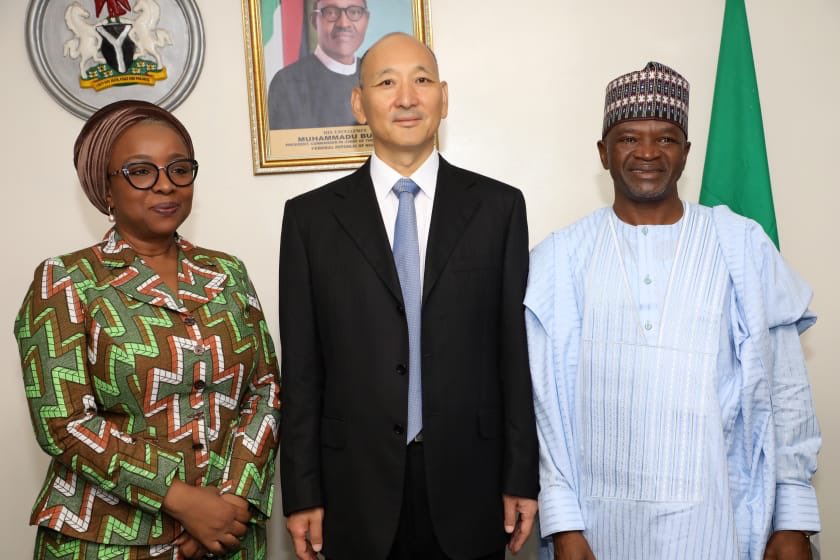 This was the highpoint of a meeting between the delegations of the two Countries led by the Minister of Environment Dr. Mohammad Mahmood Abubakar, the Minister of State for Environment, Chief Sharon Ikeazor and the representatives of Chinese CITIES Management Authority (CMA).

Minister of Environment, Dr. Mahmood Abubakar emphasized on the need for the two countries to work together towards addressing the cancerous issue of illegal International wildlife trade, which traffickers have exploited and exposed our nations to some of these unwholesome practices that we frown at as nations and defenders of endangered species.
Minister of State for Environment, Chief Sharon Ikeazor while reiterating Nigeria’s commitment to the fight against illegal wildlife trade, noted that Nigeria joined other 182 nations to sign and ratify the International Convention in 1974 and to give Municipal credence to this Convention, Nigeria promulgated the Endangered Species Decree No. 11 in 1985, which is now enacted as Endangered Species Act 2016. 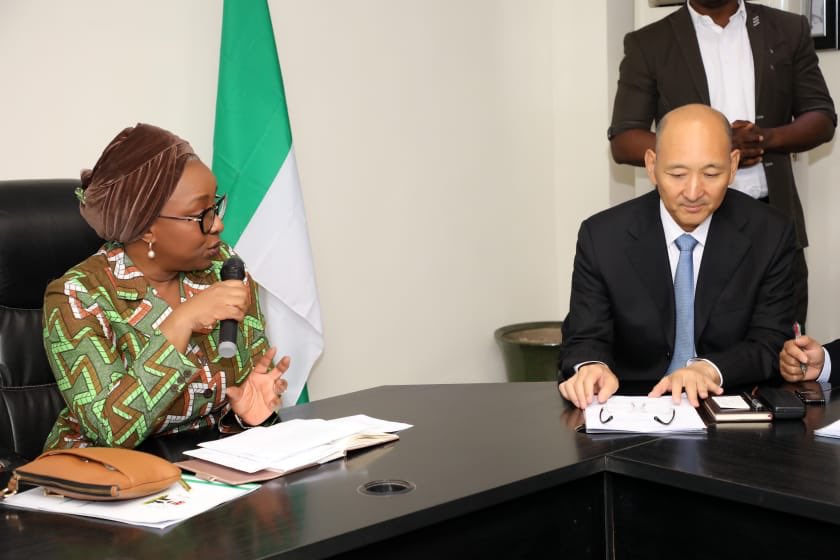 Sharon Ikeazor reaffirmed the Ministry’s role as focal point of CITES implementation in Nigeria and its commitment to conserve wild Species which she observed were now almost driven into extinction due to over exploitation, habitat change and illicit trafficking.

She said that was why Nigeria established National Parks across the country in an effort to safeguard the surviving endangered species and called on the delegation to visit at least one before departing the country to enable them to have a firsthand experience on Nigeria’s effort at safeguarding our endangered species.

The Minister assured that the Federal Government of Nigeria will continue to put measures in place to make sure that enforcement, compliance and implementation measures are strengthened in the country.

Sharon Ikeazor China for taking the leading role in the preservation of wildlife, and thanked the Chinese National Forestry and Grassland Administration (NAFGA) for supporting Nigeria’s manpower development in the compliance and implementation of wildlife management and CITES policy.

The Chinese Team Leader and NAFGA Vice Administrator, Li Shumings recognized the valued partnership with Nigeria and assured that more efforts would be made by the Chinese government to prioritise the bilateral relationship in wildlife conservation.

Shuming stated that Chinese Government is paying more attention to wildlife preservation by setting up the National Park Authority, adding that they have 10 National Parks in their country to strengthen their efforts, with plans to increase the number in future as they have about 1,864 pandas and 293 elephants in these parks.

Olugbenga Sonubi is inspired by the 2030 Agenda for Sustainable Development with its vision of the future for people and planet, and principles that apply everywhere.

Leave no one behind!

In September 2015, 193 world leaders agreed to 17 global goals for Sustainable Development. If these Goals are completed, it would mean an end to extreme poverty, inequality and climate change by 2030.

Thank you for your support!

6th Meeting of the NERC with NESI Stakeholders

Dr. Joe Abah|Sometimes, we implement certain economic policies that we think will help the poor but end up disadvantaging them.…