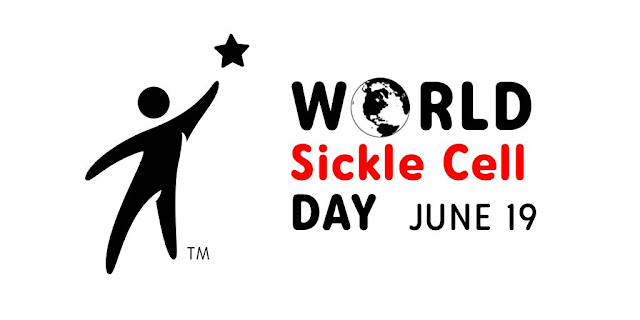 Sickle cell disease is a serious genetic disease, especially prevalent among African Americans. If one suffers from sickle cell, it means that the red blood cells have deformed and weak. 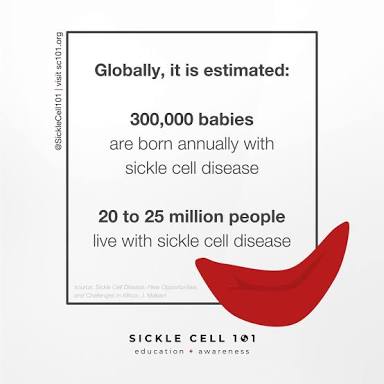 Statistics had it that certain 5% of sickle cell cases in the world occurred in Nigeria and 1000 babies every day have sickle cell disease in Africa and die after 5 years of age. That is, sickle cell anemia is a public health issue world wide which must be controlled to save our nations and future.

However to commemorate the world sickle cell day which would be celebrated on 19th June 2018, we are going to take you through the basics and what you need to know about accurate diagnosis of sickle cell disorder. 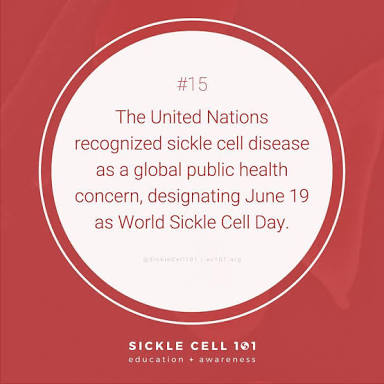 We need the patient to give us blood because it is a blood disease; it is not witch craft. It is a hereditary disorder of the haemoglobin in which the person has inherited S-haemoglobin. 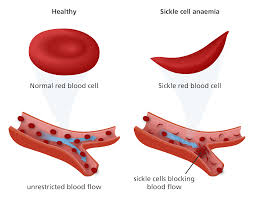 The A-haemoglobin is a normal one. But, for some reasons the patient has inherited S-haemoglobin from both parents. 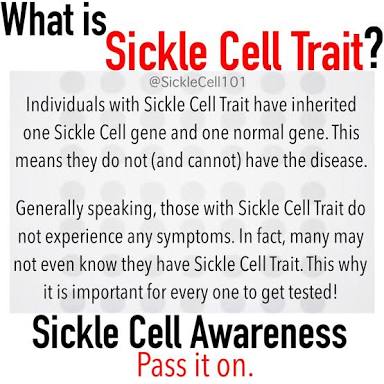 Sometimes, S from one parent and another variant haemoglobin (classical full blown sickle cell anaemia) from the other parent. So, it does not has to be SS only. It can be S, S-thalassemia CSC; S must be there. 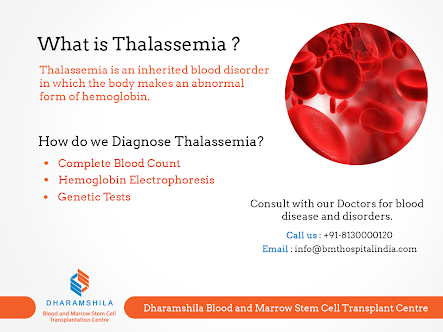 In most of the methods, we use the blood of the patient. There are seven methods that we use essentially in diagnosing a patient. Note, real diagnosis of sickle cell disorder should employ at least 2 methods which should not be related to each other. 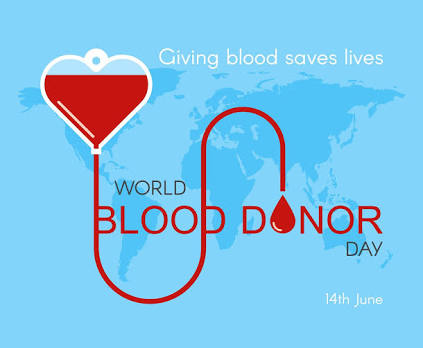 And blood must be taken from the patient before doing blood transfusion. In some cases, we have given blood and then, we now take the blood for genotype, it won’t be correct. It would be the blood genotype of the one you have just transfused, unless you have to wait for another 4 months for that one to expire. Don’t give blood before doing the test; take the blood of the patient first, send it to the laboratory. Then, go ahead with the blood transfusion. You are making sure that you get the correct genotype of the patient.
The methods are as follows:

It is just to detect whether there is “S” in the blood. It is not specific, it does not tell whether it is SS, SC, S-thalassemia or SD.

It is the commonest one. It is used to see the way the haemoglobin is running in its stream. There are different kinds of hemoglobin, they run differently. So, the one for SS run differently from S-thalassemia.

It is used for definitive diagnosis of all genetic disorders, not only sickle cell. It is used principally for prenatal diagnosis. That is, a pregnant woman that wishes to know the genotype of her baby in the womb.

Some mothers who are pregnant are anxious and if they know the baby would be sickle cell affected, they might terminate it. But not in developed countries, they know the child would survive even if it is SS. 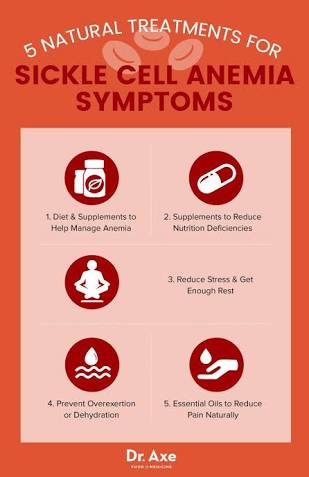 It is important to have accurate diagnosis of sickle cell disorder, because, wrong diagnosis can lead to many things that are not healthy for patient involved, such as marital conflict and wrong treatment prescription.

Some women would come few years after marriage saying, “What is wrong with my baby (1 year old); his hands are swollen, his pale and things like that”. And then, we say, “Let’s make an investigation”. And the mother is wondering, “how can I have a sickle cell. My genotype is AS”. Then we reply, “Did you find out your husband’s genotype? And she confirmed her husband is AA. Then let’s repeat his own genotype test again and it is AS. So, you can see the bitterness in the woman. Sometimes, he did not deceive her but the laboratory probably made a wrong diagnosis.

Wrong treatment might be prescribed if wrong diagnosis was made. If you don’t know that this is a sickle cell child and you made a wrong diagnosis, you may not give the correct treatment.
In a situation where some one comes up with pain in the hips and people thought it is arthritis (inflammation of the hip joint and the breakdown of the cartilage that cushions your hip bones) but it is avascular necrosis (death of bone tissue due to a lack of blood supply) and the treatment is different. 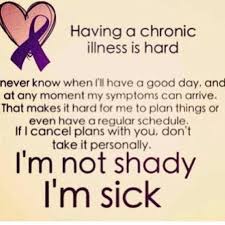 Also, wrong treatment of surgical cases. In a case, where the doctor thought it is acute abdomen because the child was having serious pain in the abdomen. After the operation, the doctor found nothing. Until later, he suggested to check the genotype of the child and it was SS. It was a simple trombotic crisis (formation of a blood clot inside a blood vessel, obstructing the flow of blood through the circulatory system) involving the mesenteric vessels of the abdomen. Meaning, they is no need for any surgical operation.

• Question: Who can get a sickle cell anaemia?

If an AS should marry an AS, there is 1 in 4 chances in each pregnancy of the child to have a full blown sickle cell anaemia (SS). Because, it is a random thing. 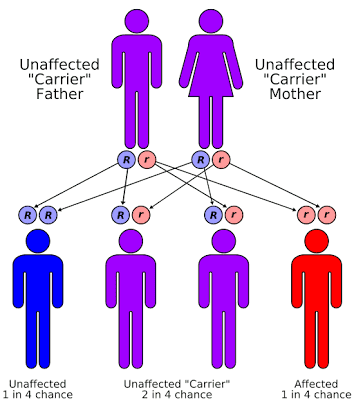 • Question: If both parents have the same genotype AA, what is the possibility of having SS?

When they come together each of them can only donates A. There is no possibility to have a SS baby.


• Question: Can we detect SS and cure it in the womb?

When the baby is still in the womb, we can know the genotype. It is through the prenatal diagnosis. Moreover, they is no drug that would change the genotype in the womb. But, we can counsel you to know the exact decision to make.

ANNOUNCEMENT FROM THE SICKLE CELL FOUNDATION OF NIGERIA

Is the school quiz competition. We have students from 24 schools (private and public), which are drawn from all the educational districts in Lagos State.

We have a charity work in collaboration with other sickle cell NGOs in Lagos.

We have an annual lecture at The Muson Centre, Ikoyi. ‎

Thanks to the Sickle Cell Foundation of Nigeria for bringing these to us.

Olugbenga is inspired by the 2030 Agenda for Sustainable Development with its vision of the future for people and planet, and principles that apply everywhere.

Olugbenga works in contexts that are complex and unpredictable, engaging with many stakeholders and systems. Olugbenga seeks new ways to tackle complex issues. Olugbenga’s responsibilities cut across sectors and disciplines. Olugbenga is responsible for bringing the 2030 Agenda to life.

It is exciting, absorbing… and not easy!

Leave no one behind!

In September 2015, 193 world leaders agreed to 17 global goals for Sustainable Development. If these Goals are completed, it would mean an end to extreme poverty, inequality and climate change by 2030.

Thank you for your support!

Every 14th June, is world donor day. Why let mosquitoes have your blood? Why not donate the  blood to help…

Yury Fedotov, Executive Director of the United Nations Office on Drugs and Crime (UNODC) called for renewed anti-corruption action at…

Yury Fedotov, Executive Director of the United Nations Office on Drugs and Crime (UNODC) called for renewed anti-corruption action at…